HAYS, Kan. – Clovis people are widely thought to be the first human inhabitants of the Americas, arriving about 13,000 years ago at the end of the last ice age.

But, as Dr. Rolfe D. Mandel will discuss at the Kansas Wetlands Education Center on Sunday, March 1, geological archaeologists (geoarchaeologists) have found evidence that people not only arrived in North America but spread as far south as Chile long before 11,000 BCE.

He will discuss these findings and more in a free public lecture beginning at 2 p.m. at the KWEC, 592 NE K-156 Highway, Great Bend, 10 miles northeast of Great Bend at the Cheyenne Bottoms Wildlife Area.

Mandel is the director and state geologist for the Kansas Geological Survey and a Distinguished Professor in the Department of Anthropology at the University of Kansas.

The title of his presentation is “Searching for Evidence of the First People in the Americas: A Geoarchaeological and Paleoecological Perspective.”

He said that geoarchaeologists are playing a critical role in the evaluation of the age and context of reported pre-Clovis sites, and they are becoming more engaged in the actual search for evidence of the first people in the Americas.

He will also discuss work that is reconstructing paleoenvironments to determine whether certain settings, such as Cheyenne Bottoms, were favorable for human occupation at the end of the Ice Age.

He focuses on the application of geoarchaeological and paleoecological methods in the search for evidence of the first people in the Americas and will highlight several recent investigations in Kansas and adjacent areas of the central Great Plains. 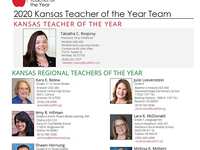 FHSU creates a day to recruit teachers, open another lifeline for rural communities 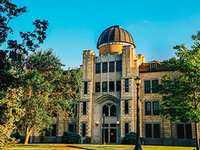 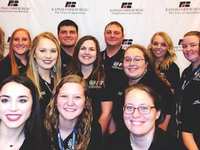 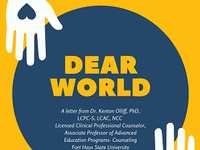