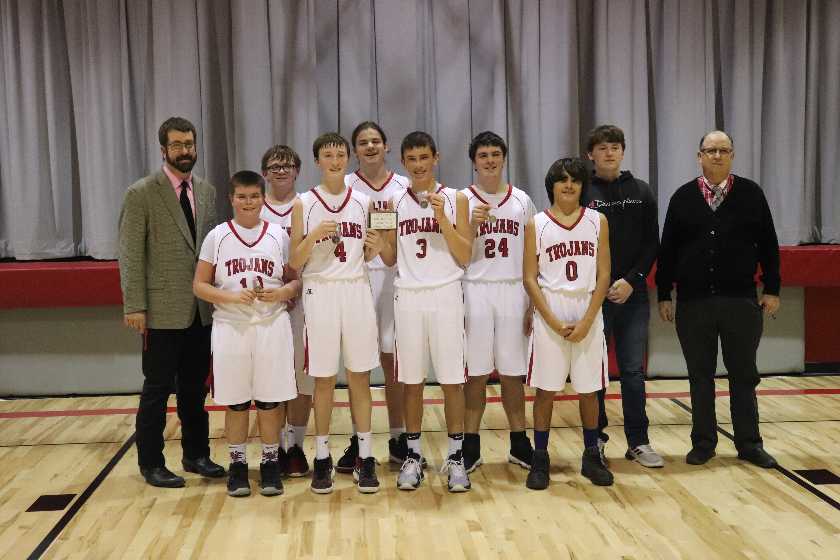 The Logan/Palco Junior Trojans finished their seasons at the WKLL Tournament Feb. 8-13. The girls opened the tournament for the Trojans playing in Rexford, but lost to a tough Grinnell-Wheatland team. Adhering to COVID protocol, the boys teams played in Brewster. The B-team boys took on Heartland Christian in the first round and lost a 28-30 heartbreaker, completing their season with a 4-4 record.

The A-team boys took on Grinnell-Wheatland in the first round on Feb. 8 and easily captured the 46-19 win over the Thunderhawks. The second round on Feb. 11 proved a little more tough as the Trojans struggled with the hot-handed Bulldog shooters. They squeaked by with a win over Golden Plains 36-33, which qualified them for the championship game on Feb. 13. The Trojans traveled to Brewster one last time on Saturday to take on their closest league competitors, the Huskies of Northern Valley. Jumping to an early lead, the Trojans never looked back and beat their rivals 52-27, capturing the League title and a perfect 12-0 season record.
Related News: Sports 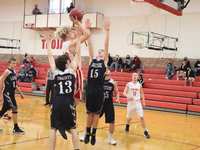 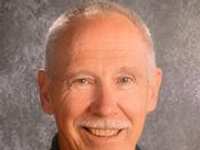 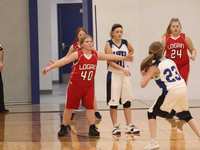 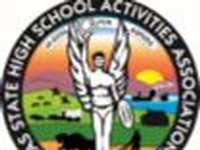